The recent Mayor Making saw Cllr Josh Dickin (back row right) become one of, if not the, Youngest Mayor in Bishop’s Castle History. Cllr Dickin suceeds Cllr Perry who had been Mayor for two years. Cllr Dickin will be assisted by his Deputy Cllr Andy Stelman (back row left) who are joined by the Town Crier, Clerk and representatives of the Police and Fire Service in the photograph below. 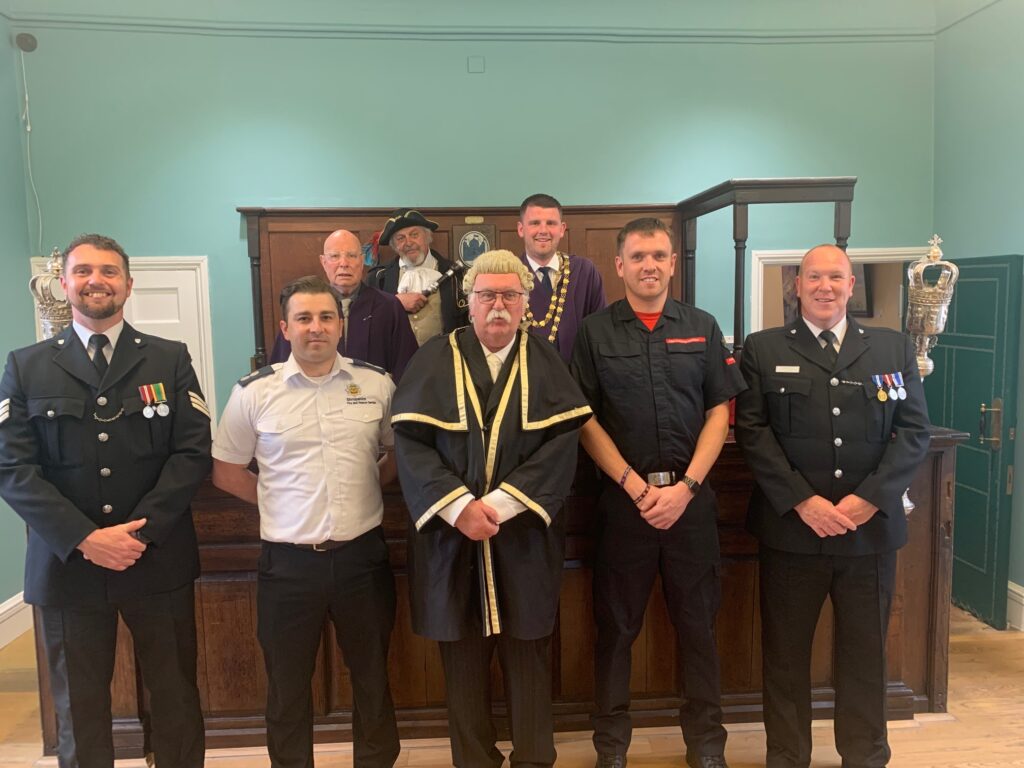